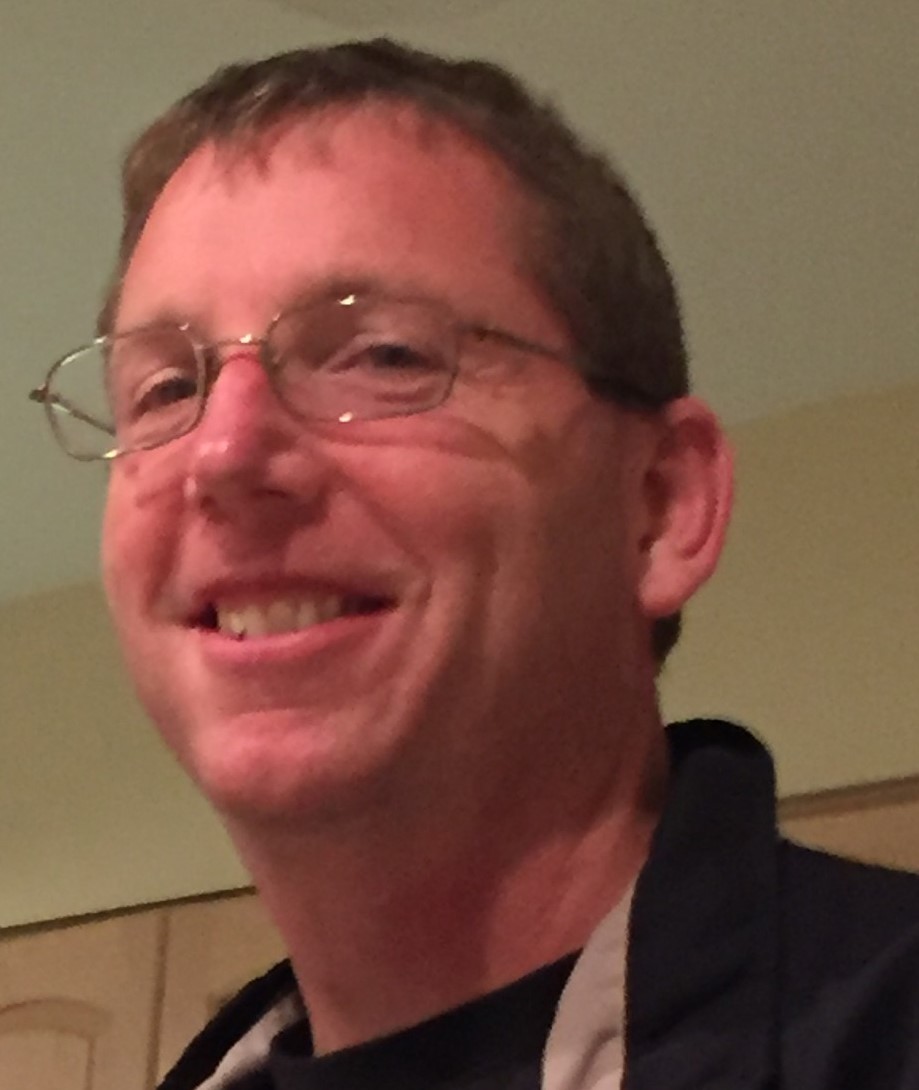 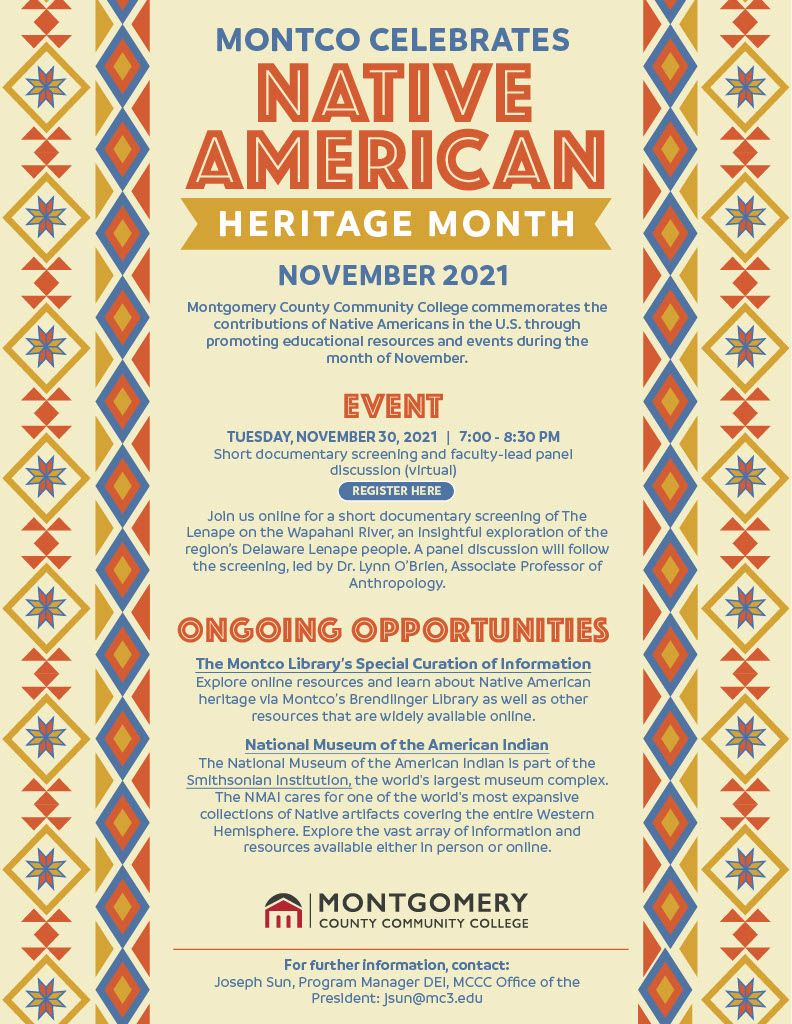 Preregister for this event. 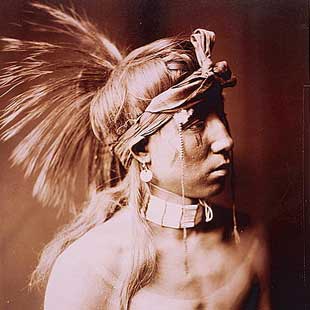 National Native American Heritage Month, also commonly called American Indian and Alaska Native Heritage Month is celebrated every November. Montgomery County Community College is commemorating the contributions of Native Americans in the U.S. through activities, educational opportunities and this guide. Examine the guide to find a broad range of books and films available to you through the Brendlinger Library, and other resources that are widely available on online platforms.

Prior to European contact, tens of millions of Native Americans populated the North and South American continents in groups from cities, some larger than many major European ones to small villages. Thousands of separate cultures and language groups coexisted, though not always peacefully producing a complex society.  The Europeans did not arrive to find an empty mythical wilderness, but a land cleared by disease, primarily small pox, for which the native population had no natural immunity. Up to 90% of the pre-contact native population perished from illness, mistreatment and war. Later conflict between surviving Native groups and European settlers and ultimately United States and other government initiatives reduced the Native population, land, and power.  To compound the tragedy, since Native Americans were a largely oral tradition many of the histories and entire languages were lost. Despite this, they have had some success in the past few decades in gaining political autonomy, education, land ownership, and religious freedom.

Estimates range between 140 and 160 distinct tribes lived in North America before contact. With no concept of infectious diseases European settlers understood the lost original inhabitants as God's providence, easing their movement into occupied lands. Relations between Native groups and colonial governments consisted of shifting loyalties and alliances in an attempt to maintain their sovereignty. Because of the refusal of both English and French colonial governments to honor treaty obligations Native groups often ended with less power and autonomy.

After the creation of the United States, the government did account for the native tribes, however, actions primarily consisted of enforced cultural assimilation, and racism underlined almost every effort. With the growth of white settlers in the early 1800's the federal government passed the Indian Removal Act, which ordered that all Native Americans be moved west of the Mississippi River, into present day Oklahoma. The move west proved deadly for many, infamously remembered by the Cherokee as the Trail of Tears. Soldiers murdered those that refused to leave. The march killed over 5,000 Cherokee. The US government reneged on promises of self-government and support.

Towards the end of the 19th century the United States attempted forced assimilation by placing Native children in industrial schools based on military camps. The children endured brutal treatment in an effort to force the children to adopt white culture. Upon their return home their families often rejected them.

The effects of the trauma continue to this day. Native Americans living on reservations experience higher rates of poverty, alcoholism, drug abuse, sexual assault, and crime than the rest of the country. The reservation's political authority is ambiguous. Though a sovereign nation the Supreme Court has expressed power over reservations. Additionally, as a sovereign nation state and local police cannot investigate or prosecute crimes on reservations thus complicating the relationship between those on and off the reservation. People from outside feel hesitant to establish or conduct business with the reservation. Some tribes are addressing these issues by reforming the legal system. The United States government has also attempted to address conditions on the reservations.