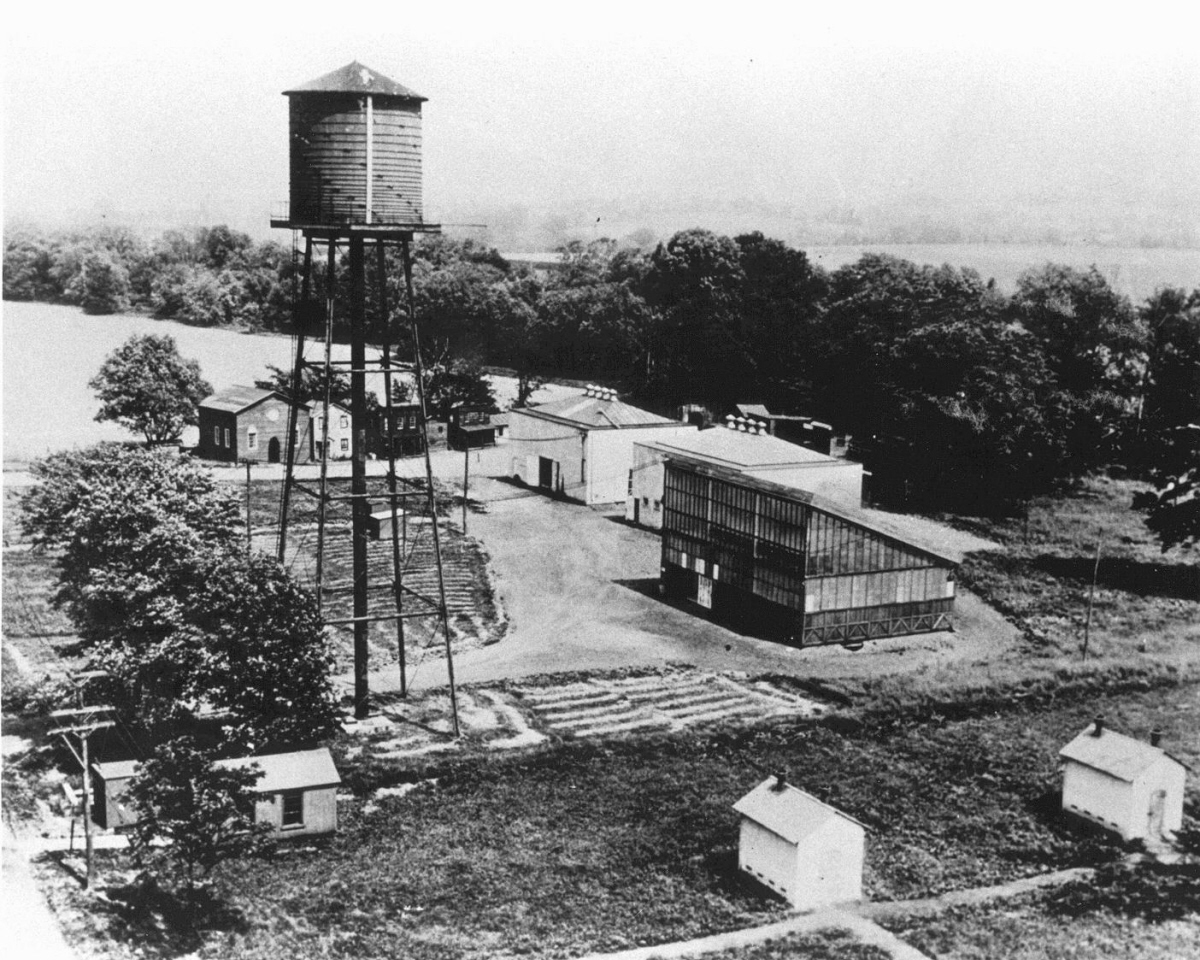 Caption: This photograph taken in 1914 shows the daylight and dark studios as well the western village.

For the earliest films made at Betzwood, directors had to utilize platforms out in the open air for staging “interior” shots. Soon, however, Lubin had three studio spaces built for interior work. The first was a glass enclosed “greenhouse” type studio similar to the huge Lubin facility in North Philadelphia. The sloping roof faced south to provide the enclosed space with as much natural light as possible.

The next two studio spaces built at Betzwood–seen here just behind the glass studio–reflected the rapid changes taking place in the movie industry. The two “dark” studios (so called because there were no windows at all) utilized banks of Cooper Hewitt lights as well as arc lights and Klieg lights which allowed directors to creatively control the lighting of their scenes. The substantial amount of electricity needed for these buildings was generated by a turbine under a boathouse close by on the Schuylkill River. A sluice alongside the dam at that location diverted water under the boathouse to spin the turbine–a very modern and “green” solution to the studio’s energy needs.

This photograph also shows, in the foreground, two of the four special fire-proof vaults constructed for the storage of volatile nitrate film. Located out in the open field far from other buildings and from each other, they provided the studio a safe place to store both finished and unfinished films. No nitrate film was ever left in the processing lab over night. Everything was stored in the vaults until morning to prevent a disaster like the June 1914 explosion and fire that destroyed the film vaults at the Philadelphia studio and nearly destroyed the studio itself.

In the background of this photograph can be seen a portion of the western village set and the fake desert used in so many of the Betzwood western melodramas.